"Conceived by the team of artists at Muzeo, the creative process behind the Beton mural was marked by their interest in making this ginnel - Geordie for alleyway - an interactive space for residents and passers-by. In exposing the concrete which gives name to the building — Beton, in French — and including the name itself within the composition, Muzeo bring together both the real and the representation. This has been a central topic of discussion throughout art history and it becomes even more interesting in the context of our everyday world of internet and social media. Producing the name with an anamorphic effect was also key in bringing the artwork to life. Whereas it looks distorted from one angle, as the person walks down the ally, it changes and becomes a clear, straight name." Article extract, wembleypark.com 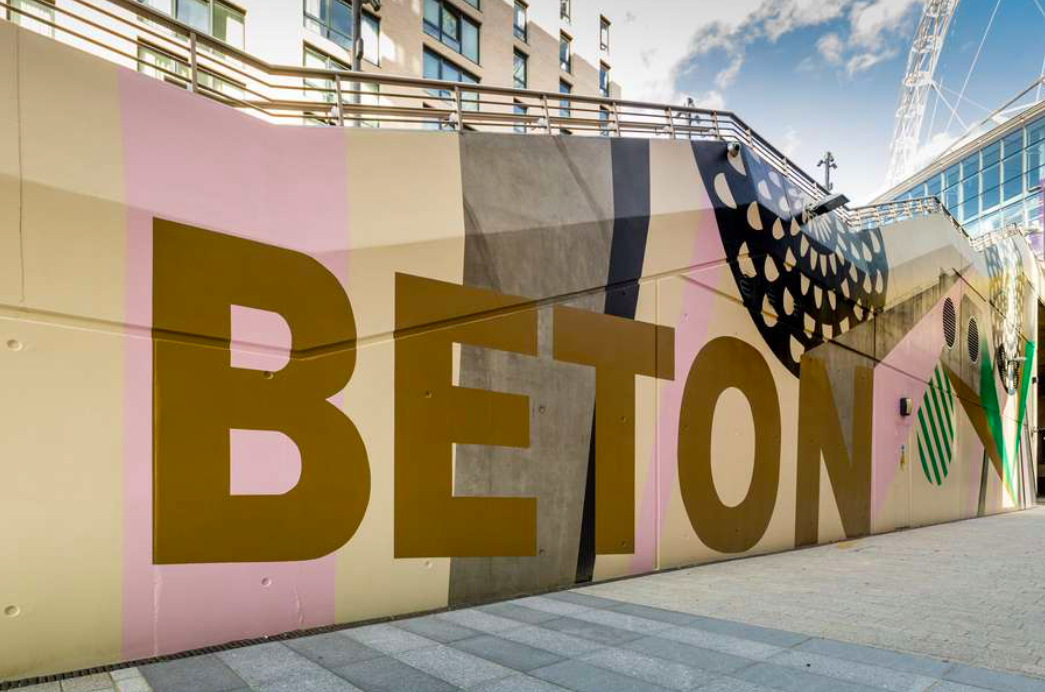